(Adapted from an article published by S K King, in CRUX, April-June 1972) 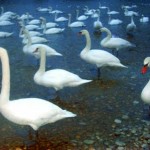 The Wild Swans at Coole

It will perhaps be difficult for children to appreciate this poem fully. It shares the general sorrow that the most beautiful things cannot be kept; but most of all it expresses a personal sorrow at the poet’s loss of youth. Yeats sees again after nineteen years the wild swans which seem never to lose life, strength or beauty; ‘passion or conquest’ ‘attend upon them still’, and his own loss of these very things must come home to the poet. ‘All’s changed’ for him since that time he ‘trod with a lighter tread’.

The poem has that perfection which makes it appear simple, and only on reflection does one see how much the packed, yet seemingly easy language implies. This anyone must soon appreciate – how much, for instance, the first stanza suggests – the colour, the stillness (and the poet wandering through it) of the paths round the lovely lake, full, cool, with its reflections. Everything is put so simply that there must be delight in dwelling on the lines to get their full impression. What is not so immediately apparent is the masterly movement of the lines. The stanza form has been built by Yeats exactly for this purpose, and is so perfect that the speaking of the poem deserves an infinite care to get the intended rhythm. I know of no other poem which surpasses it in this. There is a constant definiteness of emphasis in a movement mostly slow, without any roughness, all quiet, yet intense. The long third and fifth lines of each stanza are demanding, and anyone with an ear would delight in getting them right.

The whole poem demands a slow deliberation, even the lines which describe the swans’ movements, strong and sure of purpose. 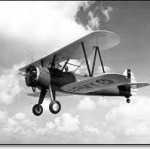 An Irish Airman Foresees His Death

A point that one needs to be careful about with this poem is the emphasis. The poem fundamentally is about the love of life (as all Yeats’ poetry is) and Yeats and the Irish Airman into whose experience he invites us, are not at all dwelling on ‘death’.

It is exulting in the thrill of flying –  its danger and challenge to the whole man. ‘This death’ is consciously there, but not primarily. It comes last in the poem, and it is ‘this life’, the fullness of living in the adventure of flying a war plane, that has made anything else seem ‘waste of breath’. Every word in the poem needs to be given its weight – what for instance ‘waste’ implies about the possibilities of ways of living. It is illuminating to read Yeats’s other poem about the same Irish airman, ‘In Memory of Major Robert Gregory’.